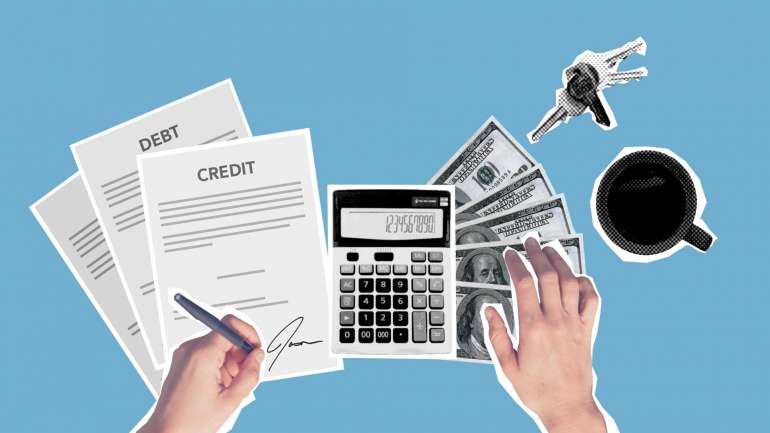 Debt has got a bad name. The goal for so many of us is to clear debt, get rid of it swiftly.

While most of us are familiar with good debt and bad debt, debt is still hardly ever seen as an asset or as a wealth-growth tool.

Well, I’ve got an interesting client case study to share with you to help rethink and reframe the role of debt in your wealth-building strategy.

How It All Began

My journey with my client, Ahmed, began nearly two decades ago. Ahmed was an up-and-coming entrepreneur at the time. He had started a metal fabrication business and over the last 18 years or so, his business has had a transformational journey.

Ahmed nearly 10x’d his business twice over since then, and it’s now valued at roughly US$ 30 million.

Ahmed’s greatest desire was to transfer that business to his then three, now four, children.

But over the years, Ahmed faced a bit of a reality-check: His children wanted to pursue other careers and weren’t so keen on taking over the rather ‘dull’ metal fabrication business.

Food for thought: When you’re thinking about your succession planning, what is it that you really want to leave behind?

So, Ahmed considered a couple of different routes: Bringing in a business partner or perhaps even selling the business.

Selling the business did not feel like the right move: He was emotionally attached and invested, he’d grown this thing from the ground up, after all!

There was one more option on the table that he didn’t pay much attention to at first: Getting the business financed.

How is that an option? Let me explain. But first, let me explain why Ahmed didn’t consider this a great option.

Ahmed didn’t like the idea of accumulating debt. He had always run a financially healthy, debt-free operation and didn’t see the need to take on debt when the business was flourishing. He turned down many offers from the bank, until one day, he saw debt in a new light.

The Shift: A New Way to Look at Debt

Ahmed experiences a mindset shift when he realized that he could essentially take a loan against his business and free up some of the equity that was currently locked into the business.

Getting the bank to finance the business would mean that he could move cash out of the business and with that cash, purchase other estate-building, bankable assets.

Let’s go over some numbers to illustrate: Ahmed’s business is valued at US$ 30 million, and let’s say the bank was willing to finance 50% of the business. So $15 million in the business would still be his money, his equity, and he would then create a $15 million debt that he owes to the bank.

He can pay back the loan comfortably from the cash flow being generated annually from business operations, so that’s not a worry at all.

As for the remaining $15 million that he has taken out: He decided to park that money in other income-generating investments and assets: rental income, equity investments, and more.

Those assets now become a part of the estate that he leaves behind for his wife and children, without them having to step into or take over the business to inherit that capital.

But that’s only half the problem solved, right?

Essentially, yes. While it isn’t ideal that the balance of $15 million is stuck in the business, Ahmed has basically halved the risk of losing the entire business should anything happen to him.

What he’s done is gone ahead and created a second pot for his wealth and made wealth transfer much less complicated.

Pardon the pun, I couldn’t resist.

Once Ahmed saw how beneficial this structuring was for his business, he decided to do the same for his other ‘chunky’ asset: His residential property in the UAE.

His home, valued at the UAE property market’s peak at about US$ 12 million, had been paid off in full. Ahmed didn’t like debt, remember?

But now that he had this new way to leverage debt and free up liquid cash from his assets, he decided to go out and talk to the banks about refinancing his property, too.

To his delight, the banks agreed to refinance up to 75% of his property, about US$ 9 million.

Did he need the financing? Not for the purpose that most people acquire home mortgages and financing: The house was fully paid off.

But he went ahead and took out the loan against his property, and in fact, did this one more time a few years later.

So basically, as he cleared his debt, he took on even more debt.

So, what was Ahmed doing here?

By making the bank an ‘investor’ in his business and his property, Ahmed was freeing up his locked-up liquidity and putting it into other assets that were easier to pass on if something happened to him.

He had made wealth transfer and inheritance easy and had ensured that he would pass his estate along to his wife and kids on his terms, circumventing inheritance tax, Sharia Law, business succession planning, and other possible inheritance complications.

I’ve got to let Life Insurance have its fair share of glory in this story!

Life Insurance policies played a crucial part in helping Ahmed to carry out his plans successfully.

What Ahmed did at both re-financing opportunities (business and his property), was take out Life Insurance policies of the value of the loan and assign them to the bank.

That way, his business, and his residential property loans could both be paid back in full should he pass away, not leaving his family with any of the burdens of that debt.

The other upside from this move is that in the event he passed away, his family would not only benefit from the liquidity freed up from these assets, but could also potentially stand to gain from the now fully paid off asset: The Life Insurance policy would pay the loans off, so the assets are debt-free again). This is, of course, assuming all inheritance verdicts go their way.

Are you using debt to your advantage?

Now, I can’t claim that this case study has universally applicable tips that anyone can use to grow their wealth or make wealth transference easier.

But I can tell you that the right financial structuring can help you turn debt into a powerful asset.

A quick sum-up of the benefits well-structured and well-planned debt can bring to you, your estate, and your loved ones:

Worth it? Likely so.

But I can tell you it’s definitely worth a conversation if this case study has got you thinking.