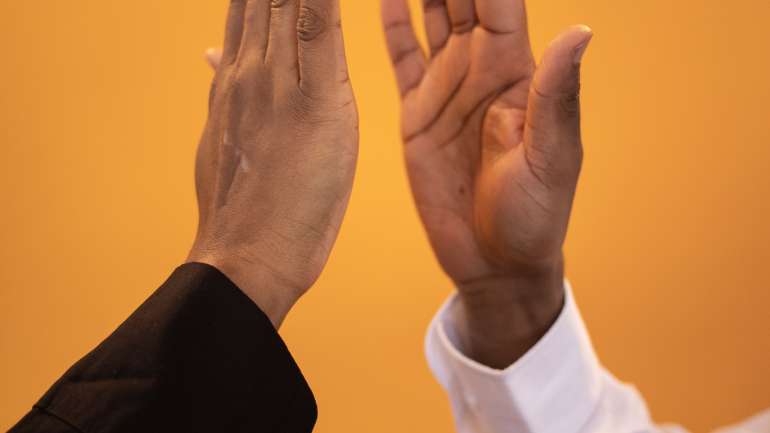 Would they find it easy to handle the business once you are no longer around? Will there be new stakeholders in the business? And how amicable and smooth would the transition of these relationships be?

There are many risks involved in a change of business partnership, and, you guessed it- you can use life insurance to de-risk your business.

Let me share with you a case study of how two business owners used life insurance in different ways.

Jiten Patel and Vincent Coelho were two business owners who owned equal shares in an engineering and architecture consultancy that worked with some fairly large projects in the UAE and GCC region. In this partnership, Jiten, aged 55, was significantly older than Vincent, aged 41. Vincent was a young father of two while Jiten’s children were already in university.

Their interest in understanding life insurance came not only from the need to create a separate income for their families in the event of their demise but also to cushion any potential risks that were associated with being in a business partnership. When evaluating the future of their business, both partners agreed that neither of them was interested in doing business with the deceased partner’s spouse, should one of them pass away. They were essentially looking for partnership insurance.

Partnership insurance is a type of insurance that is commonly purchased by partners in a business. It generally involves partners purchasing life insurance policies on each other and naming themselves as the beneficiary. This way, if one of the partners dies, the other can use the life insurance payout to purchase the deceased partner’s share of the business.

Both business partners believed that by the age of 65, they would either sell the business, dissolve it or step down from being active owners of the business.

The Importance of De-risking Your Business for Joint Partnerships

To illustrate this, let’s assume a business has a valuation of $2 million and there are equal partners in the business. In a scenario where the business is thriving and doing well, in the event of the death of one partner, there is a high probability that their shares will be passed down to their next of kin- which could be their spouse, or their children- depending upon how the contract was drafted.

Most often than not, the rest of the family may not know how to manage that business. This becomes a very difficult situation for the surviving partner who now is in business with his ex-partner’s family. It is also fair to note that the reason their business thrived earlier was that both partners had worked in their unique ability and did what was required to make their business successful. Given Jiten and Vincent’s history of successfully doing business together for 15 years, their relationship evolved over time, allowing them to create a unique synergy of skills. In the event that one of the partners passes away, for the surviving partner to now restart a relationship with the deceased partner’s family may not be the easiest task, it may actually be close to impossible.

Secondly, the profitability of the business could be significantly affected in the absence of one of the key partners. So, in the case, that Vincent passes away, the life insurance company pays the business, say, $1 million and Jiten uses that $1 million to pay Vincent’s family in return for them forfeiting any business ownership. Needless to say, this life insurance policy is also preceded by a buy-sell agreement which allows them to make that partnership sale.

The Need to De-Risk the Families

Jiten and Vincent also wanted to ensure that their families were not significantly affected by the loss of income in the event of one of their deaths. Each of them had different approaches to buying life insurance policies for this need as their ages and circumstances were different. While they were equal owners in the business, there was no way their premiums were going to be identical. The budgets available to both of them, however, were the same as these were company-funded term life insurance policies.

Vincent had a set budget to buy term insurance for $2.5 million. He bought two life insurance policies for $2.5 million in total, where $1 million was required as partnership insurance coverage and the balance of $1.5 million was purchased as an income replacement for his young family. In the event he died, $1 million would be paid to Jiten and the company, which Jiten would then proceed to pay out to Vincent’s family to buy his shares out. The balance would be received by Vincent’s wife for her to invest wisely so that his income is not missed out totally. Vincent, aged 41, would require to buy the term for a period of 25 years, for the policy to run till age 65

Jiten decided that he required just as much (if not more) cover as Vincent and since he was older with health issues, his premiums would have been higher than that of Vincent’s. But how he approached the purchase of these policies was totally different.

Jiten needed the same $1 million worth of life cover to protect his business as he was an equal owner. When it came to buying a life insurance policy for his family though, he changed things around a bit. Since Jiten was 55 years old, the need for life insurance for him was only for a period of 10 more years, until he reached the age of 65. So, he decided that the life insurance policies for the company, as well as his personal plan, should be purchased for a shorter term than Vincent’s. Regardless, Jiten made a call that his life insurance extends slightly longer, just in case he missed that 65-year mark.

After reviewing various combinations, Jiten structured the life insurance policy for his family by splitting the $1.5 million into four policies, each one with a different tenure. The longest a policy ran was till the age of 70 (Jiten chose this for personal reasons). The shortest policy had a tenure only till the age of 60.

His reasoning for this was that by the time he was 60, he would have definitely earned and saved more than $375,000 to cover that deficit of the life insurance policy expiring. So, as he would grow older, the need for life insurance would be lesser because his investments would’ve paid a fair dividend, his assets would have appreciated and the mortgage he had on his property would’ve reduced as well.

By doing that, he was able to control the outflow of premiums, as term insurance premiums are directly proportional to the term of the plan- the longer the term of the plan, the higher the premium. This was a great way for him to de-risk his life and business partnership by paying almost the same premiums as a 40-year-old would have paid.

Fast forward to 4 years after the purchase of these policies, Vincent decided to sell his shares in the business to Jiten, exit the business and move to the UK. He couldn’t afford to pay his premiums from the UK so his policies have been canceled and lapsed.

As the sole owner of the business, Jiten has decided to keep the life insurance policy running as the risk may be greater to his family. In the event that he passes away, there may be nobody to manage the buy-sell agreement, and equity in the business may not be as much as he thought it was.

Next year would be 5 years since he purchased the policies, which means one of his policies will end, thus, bringing down the cost of insurance as well.

There are many permutations and combinations to be made with life insurance to tailor to your specific needs. Creating a custom solution for high-net-worth entrepreneurs and executives is something that I thrive on. I hope this provided some clarity on the subject and I’m always happy to discuss how this may be relevant to your situation.

How About A Slightly More Liquid Future?