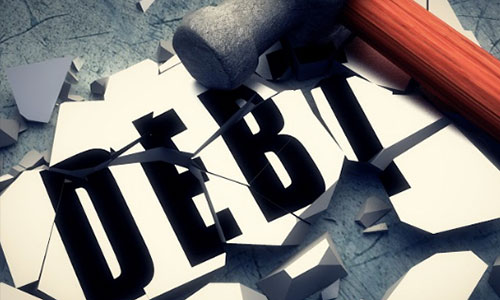 This Financial Predicament Is Scarier Than You Can Imagine

I want to outline a case here that is packed with common financial mistakes that so many people make.

Every year, he is fortunate enough to receive an annual bonus of around AED 500,000.

He has lived outside of India for the last 15 odd years and has always been at the top of his game, landing big jobs with hefty pay packages.

His savings. Over the years, owing to a lack of financial planning and a short-sighted view of the future, he has managed to save next to nothing.

His income today, along with his annual bonus is in the range of AED 1.3 million. Yet, at the end of every year, he’s paying off credit card debt. He uses most of his bonus to clear off that debt. The rest of his bonus is ‘allocated’ to holidays.

Expensive hobbies and an extravagant lifestyle completely drain everything that my client pulls in. They’re a single-income household, and despite several salary increments over the years, and those big bonuses, their expenses consistently wipe out the bank account.

This year, for instance, he has acquired an exotic pet that costs him upwards of AED 1500 per month to take care of. His wife drives a sports car, and she’s primarily using it for school runs. The expensive holidays, every other aspect of their lifestyle… it all adds up.

He just received an AED 500,000 bonus but was down to AED 300,000 within three days of receiving it. He had paid AED 200,000 worth of credit card debt, and that wasn’t even all of it. Upon looking at his budget sheets, we found there was an additional AED 70,000 of debt spread across three credit cards.

The scary, very real question here is: What if that bonus doesn’t come one year? What if the bank has had a bad year? It’s a possible scenario and one that would leave him in half a million dirhams of debt at the end of the year.

Although it doesn’t seem like it on the surface, my client, with his million dirhams plus income, basically lives paycheck to paycheck.

He has modest savings gathered by putting aside around US$ 2000 every month.

His Life Insurance cover barely covers one year’s worth of his income. And that’s basically everything he would be leaving his family behind with, should the worst happen.

It would be impossible for his wife and kids to sustain the lifestyle they are living right now, if he dies, or is incapacitated by critical illness or disability. In fact, his critical illness cover is less than half his annual income.

There’s no quick or easy fix to this kind of case. Yes, we can put the right products and policies in place to ensure he is sufficiently covered for the future, but in the present moment, it takes a big reality check and some necessary financial cutbacks to get back on track.

The first thing I have advised my client to do is lower his family’s monthly expenses. It isn’t going to be comfortable – his wife and kids will have to come to terms with fewer ‘nice-to-haves,’ but it’s imperative that those cuts get made.

My client would need to assume that his bonus is only going to be, let’s say, AED 200,000. He needs to spend accordingly, and manage his expenses over the year accordingly, so it gives him a little bit of leeway when that bigger bonus does come along.

The Life Insurance cover he needs should be enough to provide a large enough capital that can generate income when invested. His family can then manage their expenses using the income generated from the capital.

In numbers, we’re talking about AED 13.4 million, or about US$ 3.65 million worth of life cover. This is the bare minimum amount of cover to ensure that his family can maintain a decent standard of living.

In the unfortunate event of death, his wife and kids, would be able invest this amount to give them 5% per annum, which is $175,000 a year. They would then be able to use this for their expenses and it would still be less than what they are currently spending.

Ideally, given my client’s age and income, and what insurance companies are willing to cover him for, is a policy worth 20 times his annual income. So that’s a Life Insurance policy worth roughly US$ 7.3 million.

Ideally, my client should be covering all of his monthly expenses with his income, and the bonus needs to serve as exactly that – the extra part of his income that has at hand to use purely for investments.

He’s 43 years old now, so his pay cycle is going to end in about 22 years. Assuming he started working when he was 21, he’s around the halfway mark now.

And all he’s acquired is one property. At this pace, at the end of the next 21 years, he might manage one more property and several depreciated assets to his name.

None of the expensive hobbies or any of the other extravagant expenses are going to make a difference. In fact, all of those extras are draining him of money that could be invested somewhere and yield him returns.

He only wants to invest US$ 20,000, although I would advise much more to go into an investment plan. As much as he doesn’t want it, my client’s profile requires a financial savings commitment that ties him down – something that he has to keep to so that it reaps him a sustainable return.

With all of these measures in place, he might be on his way to correcting over a decade of poor financial planning.

It’s a scary situation, and it’s more frightening when you think of how many people are in positions like this, some even unaware of the hole they’re digging themselves into.

It’s important to take a realistic look at your finances, and perhaps even get a professional to do some of the math for you.