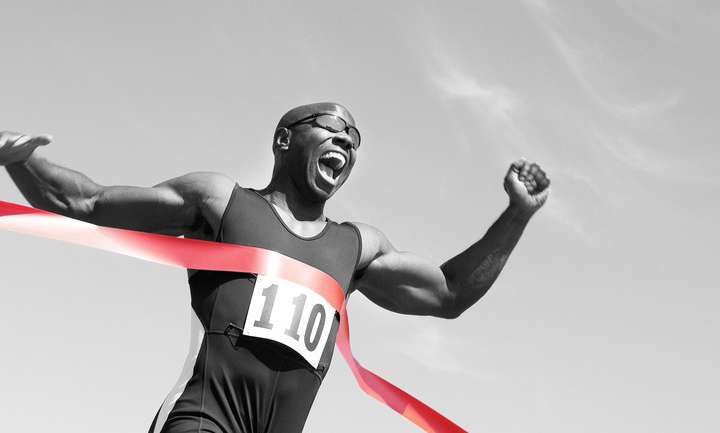 I’ve been thinking and writing a lot about Marathon des Sables (MDS) because I’m so close to my second dose of that amazing adventure.

When you’ve experienced something as immense and intense as MDS, or any mammoth challenge like that, you tend to come out of it a changed person.

Over the course of my first MDS race in April 2018, and the year following that until now, I’ve pondered, discovered and realized a lot of things. This article is for me to touch on a few fundamental business lessons that I drew from MDS.

Let me begin by explaining the structure of the run so that the rest makes more sense.

MDS is a 251km, 7-day, 6-stage run across the Moroccan Sahara. It begins in Morocco, and then the runners circle around and come back to Morocco. The race is known to be the toughest foot race in the world.

The first stage of the run is 30km, the second stage 40km, the third 30km and the fourth stage – the longest – is an 86km run. You have about 35 hours to complete it, so this fourth stage takes up Day 4 and Day 5. You then run Stage 5, which is a full marathon (about 42km long), and end the whole run with a short charity run, about 6 to 10km long.

That last stretch is the whole group running back to the pick-up point where the buses come to get us and take us back to the hotel.

So it’s a lot of running through hot, dusty desert terrain, sometimes rock, sometimes sand, and it’s just you, your backpack and all the hypothetical baggage that you carry.

Now for the business lessons. They’re not things I didn’t know before. I just saw them in a whole different perspective.

I suppose there’s something profound about a realization when it hits you at noon in the blistering sun in the middle of an 86km run.

Lesson 1: Nothing comes free, and every action (or non-action) has consequences.

At MDS, there are no freebies. It’s a staged, time-bound race, so everything that you want, be it extra water, goodies for your backpack, a little extra sleep – everything gives you a time penalty. For a race like this, that time penalty means that the penalty time gets added to your final race completion time.

You set off on the first day with only a backpack that carries all your essentials – a survival kit with things like a mirror, an aluminum blanket, a whistle, a venom pump in case a snake of a scorpion gets you, and your food for the entire trip.

You need to be carrying a minimum of 2000 calories per day in your backpack, and it must weigh between 6.5kilos and 15 kilos.

If you don’t have the mandatory items in your backpack – you get penalized.

If you’re not carrying enough food to hit that minimum calorie mark – you get penalized.

If your backpack doesn’t fit the weight limits – you get penalized.

If you’re not on time to start the run every morning – you get penalized.

There are checkpoints at every 10km, where you can pick up 1.5 liters of water. Some people say that isn’t enough.

You can have more water, no problem. But if you want more water, more goodies, if you want life to be different for you, that’s ok, but you’re attracting a time penalty with every favor you take.

How does this apply to life and work?

I meet a lot of Salesmen & Life Insurance agents that say they’ve been meeting with and working on closing a deal for months, but they end up losing the client. He or she doesn’t buy a policy/product with the agent.

They’re often complaining about how they did ‘everything possible,’ and yet, they have no idea why the deal didn’t come to fruition.

The truth is when they take a closer look, they do actually realize where they fall short. It could be the little things – like not showing up on time, or overlooking some of the numbers, or not taking the time to build that client relationship before getting to the selling part.

Each one of those actions weighs in on that final result, and each one carries a penalty with it, big or small. That penalty adds up and dictates the end result.

So if as a salesperson, a business owner, a team member – if you’re not committedly delivering quality at every stage of the transaction, then you’re putting yourself a few steps away from achieving an ideal result.

Lesson 2: There are rules and markers in life. If you don’t follow them, you can’t complain about not winning.

Over the whole 251km course of the ultramarathon, there are direction signs and markers to keep you on track. If you don’t follow them, you can’t complain about not being able to finish the run in time, or getting lost.

In life too, we have the path set out for us. We set goals, and we make our action plans, and we know what we need to do to hit those goals.

But we get deviated along the way. We start ignoring the rules and the markers and modify them to our convenience as we go. If the deviations or diversions are worth it, then by all means, make them. But then you can’t complain if you’re falling behind the plan.

Some of these basic rules for me are: showing up on time, doing my homework and coming prepared. I take those things seriously and know what it means when I don’t follow through. I’m going to fall behind.

As I said, these aren’t things that I didn’t know before. They’re things we all know or have learned, read about or caught on first-hand. It was just the harsh setting of an ultramarathon across the desert that further ingrained these lessons for me.

If you’ve been following my articles on LinkedIn or my Instagram handle (@ricksonjdsouza), you’ll know that this year I’m running the Marathon des Sables for a cause.

I’ve dedicated my run to the fight against modern-day slavery and the rescue missions being carried out by The Exodus Road to free sex slaves around the world.

I’d appreciate your help in carrying the cause forward – read and share this, or by contributing here. I’m working on raising $100,000 for The Exodus Road.

Last thing… You want the medal, run your race.