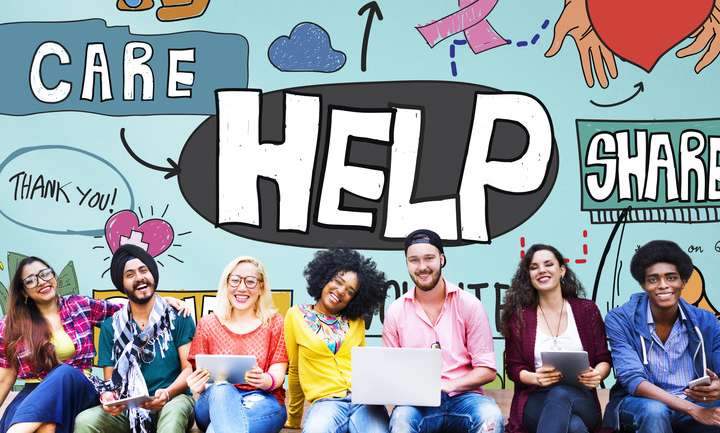 All Hats Off to the MDRT Foundation

Consider this an ode to the MDRT Foundation – an organization that has helped me learn about and support charities and causes in the world that I would otherwise have no idea about.

MDRT Foundation is an arm of the Million Dollar Round Table (MDRT), a prestigious body of the world’s top financial advisors.

Most people I know, friends, clients, and fellow financial advisors, want to support a cause of some kind. They allocate a percentage of their annual income towards charity, whether it is from a place of religious belief, or a self-driven decision.

Sometimes, they pick a cause that personally touches their lives or the lives of their loved ones in some way. Perhaps a family member that has suffered a disease, undergone violence or abuse, or fallen to some other misfortune. The cause could also have something to do with a situation or event that they witnessed and were driven to support.

For many, however, finding a cause and finding the right organizations to support to make real, meaningful change happen can be a challenge.

For me, and many other financial professionals, MDRT Foundation offers that much-needed validation and awareness of global issues, causes, and bodies that can use our support and attention.

The Foundation allows MDRT members to support causes in more ways than just financial contribution, allowing us to volunteer our time, help raise funds and more.

In 2010, MDRT members spent a day packaging meals as part of the Million Meal Challenge. The packaged meals went to charities Kids Around the World and Kids Against Hunger, who then distributed these packages amongst hungry families in Haiti, India, Jamaica, Nicaragua, the Philippines and Tanzania.

Every year, the Foundation showcases a charities and causes like these at the annual MDRT event. A spokesperson from the charity talks to us members about the cause.

A few years ago, for instance, we had ‘charity:water’ represented at the event. Through the showcase, I learned about the severe shortage of clean drinking water in many parts of the world, and it broke my heart to hear about how people in some parts traveled miles to get to a water source, only to dig out dirty, undrinkable water, and may even die trying.

Another cause showcased by the foundation was that of child soldiers and their struggles as they are trapped in war and combat across the world. These young children are abused, forced to inflict violence and estranged from their families.

The spokesperson, Ishamel Beah, who addressed the MDRT gathering to talk about this cause was a child soldier in Sierra Leone himself, and had been rescued by UNICEF. He then went on to become a global spokesperson for child soldiers, and the fight to release them.

For someone like me, caught up in the fast-moving urban bustle of Dubai, these struggles seem inhumane and even prehistoric. But they’re happening somewhere else in the world, and the awareness that comes from the MDRT Foundation drives me to act and support this and other causes in any way that I can.

MDRT members have a few different ways to show their support. We have the option to make a lump sum donation on the spot towards the charity or cause being showcased.

We also have the option to commit to a monthly donation to the Foundation, that grows over time and gets allocated by the Foundation to various charities and causes as they deem right.

To date, the MDRT Foundation has awarded over $32 million in grants to charities and causes across more than 70 countries.

Beyond financial contributions, members are also presented with the chance to help build homes, feed the hungry and run fundraisers in support of various causes.

One More Way to Help

There’s one more unique way in which MDRT Members can help make a difference. We are allowed to register a cause that we hold dear, showcase it to fellow MDRT members and open it up for donations.

These can be causes or charities from the countries we live in, from our hometown’s – any cause that is deserving of support.

I had the chance to bring to light a foundation called Surge, the UAE arm of which is run by a dear friend of mine. I was able to register Surge and their fight for clean water across the world and highlight the cause to fellow MDRT members.

As a result, Surge received a US$ 4000 grant, that I had the honor of presenting to the founders in Dubai. Further, Surge now has the opportunity to be showcased at future MDRT events, which could mean sums of up to US$ 300,000 or even more towards their cause.

Last year, the MDRT Foundation showcased a cause that moved me deeply. It was the fight against modern-day slavery, and the work of a foundation called The Exodus Road.

The cause meant so much to me that I decided to raise funds to fuel The Exodus Road’s fight. I’ve dedicated my 2019 Marathon des Sables run to the cause, too. Here’s more information on my initiative.

If you’re reading this before April 7th, 2019, I’m a mere few hours away from starting a 251km run across the Moroccan Sahara.

This is my second time around doing the Marathon des Sables, and this time, I’m dedicating this run to raise $100,000 for The Exodus Road who have made it their life’s mission to fight Human Trafficking and rescue women and children who maybe victims of Trafficking and rehabilitate them.

Your support would mean a lot to me, and to all the innocent lives that we would help save. Every dollar counts.

All in all, the MDRT Foundation has given me a steady, reliable way to give back to the world, and the community around me.

The Foundation has helped me open my eyes to pressing global issues that don’t get talked about enough, allowed me to provide others with the means to spread their cause, and given me the opportunity to volunteer my time towards making a difference.

I will be able to receive emails of encouragement and love each night to help keep me going and I know I will love to hear from as many of you as possible. You don’t know how much your words and good energy will mean to me when I needs to find the strength to keep going.

You can write to me at:

You must include my name & bib number:

*This service will run during the course of the race on the 8th – 14th of April.

Establishing Trust, Losing It, and Starting Over

What If I Die Before You: Transactional Vs. Life-Long Client Relationships