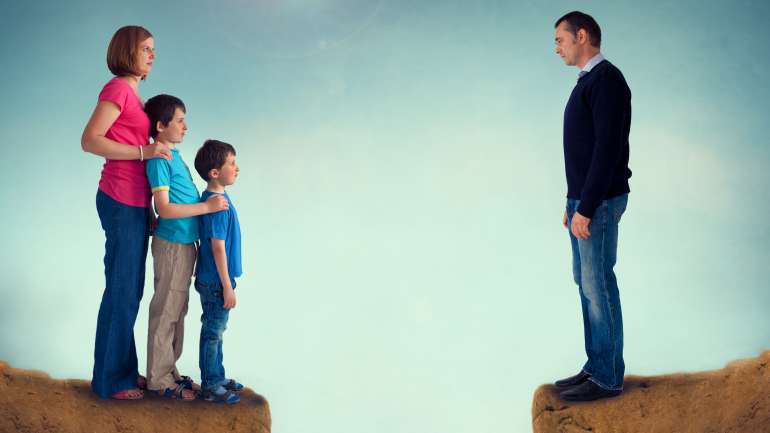 Does the Need for Life Insurance Change After Divorce?

When most people think about Life Insurance, one of the primary reasons they get their policies in place is to safeguard their family’s future.

It’s a way to provide their spouse and children with the financial support that they need to support and maintain their current lifestyle and take care of all the major expenses that are taken care of by the breadwinner(s) of the family.

But what about ex-spouses? How do Life Insurance needs change after a divorce?

The degree of change varies from case to case.

Let’s look at a case where both spouses were breadwinners and shared the financial load equally.

Both pulled in roughly the same income, and after all their bills were paid and expenses handled, they had about 15% of their collective income left on hand.

Both husband and wife had Life Insurance policies naming the other the beneficiary, with the kids named as contingent beneficiaries.

About ten years into the marriage, however, the couple decided to split up. While it was an amicable divorce, their finances took a real hit.

Although both spouses had an income, according to the UAE law, the wife must receive alimony and other child maintenance costs, as decided by the court.

The couple, however, settled on an upfront lump sum payment instead of alimony, and monthly contributions towards education and other costs for the children.

Now here’s where the finances became a challenge: they needed two incomes to keep their household running and manage all their expenses. Now, the father has moved out to an apartment, and the wife stays on in the larger house with the kids.

Suddenly, there are two rents and two sets of utility bills that need to be covered. There’s the potential added expense of a nanny or a babysitter every once in a while now that both parents aren’t home to cover for each other’s schedules.

The lump sum paid out of the divorce settlement isn’t a small amount, but it doesn’t make up for the lost second income of the household. The mother’s income has much more riding on it now than it did before.

The education planning contracts are still running, and both parents are paying equal amounts to them. The retirement plans are now split up – each parent manages their own.

The Life Insurance policies have been changed to reflect the children as beneficiaries, with other immediate family members now becoming beneficiaries, too.

The need for Life Insurance in this case, for the mother, becomes more pressing. The children are now heavily dependent on their mother. Should anything happen to her, they need full-time care and financial support.

Their father is no longer legally bound to take on those responsibilities – his legal obligations, depending on the court’s verdict, end at what he has been asked to pay for towards child support as a result of the divorce settlement.

The father’s Life Insurance policy would change so that his wife is no longer a beneficiary, but his children still depend on him financially to a large extent.

His policy needs to be sufficient to cover the educational costs and other support that he is obliged to take care of.

Now let’s look at a case where there’s one breadwinner in the family.

The husband runs a successful business, and the wife is a homemaker. The husband has a large-value Life Insurance policy in place that pays out to his wife and kids if something happens to him.

The proceeds from the policy are sufficient to support the family’s lifestyle and expenses, regardless of how the business does without him to manage it anymore. The family lives in a home that is already paid off. The wife has no Life Insurance policy to her name.

The couple, however, separates a few years down the line. The alimony is sufficient for the mother to remain a homemaker and continue to live the same lifestyle that they do now. Education and other child support expenses are all being paid for by the father.

In this case, the need for Life Insurance for the mother arises. Although she is a homemaker and there would be no loss of income, if anything happened to her, the father would have to bear a significant added cost for child care.

Because his time is tied up entirely with the business, he might not be around to take care of the kids and their daily routines – the drop-offs, tutoring, their healthcare – all things that were previously taken care of by their mother.

So although there is no income lost per se, and the estranged father shoulders all the financial responsibility, there is still the requirement to fill in the role of the homemaker and caretaker – the practical aspects of the children’s day-to-day care-taking like cooking and housekeeping and pick-ups and drop-offs, that need to be paid for.

A Life Insurance policy in the mother’s name would take care of these eventualities. The beneficiary of the policy would be a trust, or the children or even the father if he is the payer of the policy.

Every divorce settlement is likely to have a unique requirement for Life Insurance. The financial security is probably more important when parents part ways than before – there is no longer another adult in the picture to fall back upon.

As always, I do hope this article has been helpful. Over my 20 years in the Life Insurance business, I’ve worked on and put in place policies for a range of different cases. I’d be happy to shed some light if you’re looking for advice on your particular situation, or even a friend’s or family member’s situation.