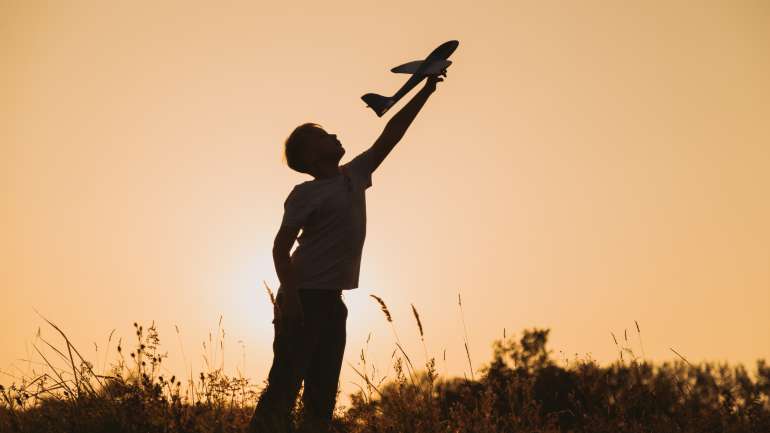 Are You Setting Goals For Your Children or With Them?

There’s a quote by infamous graffiti artist, Bansky, that goes ‘A lot of parents will do anything for their kids except let them be themselves.’

I come from a generation and a culture where I basically got my life and my goals laid out for me.

Growing up, I was conditioned into believing that success was great grades at school, a medical or engineering degree and then a stable job after. That was the path, those were the goals.

Now don’t get me wrong, there is absolutely nothing wrong with that path. It can be extremely fulfilling, and full of success, stability and prosperity for a young man or woman who goes on to become a world-class doctor or an engineer.

If it was their goal or dream, too.

As parents, we want the world for our children. In the process, we dump our dreams on them though and often tend to live vicariously through them. You weren’t a college athlete, but you sure can get your kid there! What a bright future it would make for them.

I’ve always encouraged my kids to set goals, but off late, I’ve started to make a more conscious effort to follow through on that.

Goal-setting has had an immense impact on my life. In fact, over the last 2 decades or so, it’s been a transformational tool for me. I’ve often found myself wishing I had the tools and habits to set better goals growing up.

So I’ve been asking my kids more about their goals, understanding where those goals come from and making action plans to help them hit those goals.

Last week, my daughter Leiah and I had a date night. Now usually, on these date nights, I end up picking a restaurant or an activity that I want her to experience.

And it hardly ever goes great, because I’d take her to an amazing sushi place or an Italian place, when what she really wants was a burger.

So last week, I asked her to pick. She browsed a couple of restaurant menus at a nice mall, picked a place and off we settled down for our evening.

At the restaurant, I asked Leiah if she wanted to talk about some of her goals for the year. Now I know that my kids have their eyes on everything I’m doing. It holds me accountable to be the best I can be in every area of my life.

So Luca and Leiah both know how important my goals are to me, and I’d like to think that they know how much joy they bring me. She excitedly agreed, and we asked for some pen and paper to get started.

I asked Leiah what she wanted to accomplish in 2020, what goals did she have in mind? We began with sports. You know where she went first? I want to do some triathlons, she said. ‘Why triathlons?’ I asked her, and she said ‘Because you do them.’

I quickly moved past that and said, ‘But Leiah, what do you like about triathlons?’ A series of questions later we discovered that she liked racing people, she liked running fast rather than long distances and she enjoyed swimming and biking, too.

I thought that was all great but I also know a lot of that was influenced by everything she’s seen me doing leading up to my first IronMan triathlon.

So, I asked if she’d like to re-adjust that goal and maybe train for one triathlon first, and see how much she enjoys it. She thought that worked great, and that went on the list.

The next thing she wanted to do was get better at gymnastics. We went through our questions and probing process again, and discovered that a more specific goal within gymnastics was that she wanted to be able to do push-ups.

So, ten non-stop push-ups was the next goal.

Next up were her music and arts related goals. I will say I was hoping she would say she wanted to develop her singing talent more. My wife and I think she has a great voice, and we’ve always encouraged her to sing.

But she said she didn’t enjoy singing for people. So that wasn’t a goal for her. I understood, and pushed it aside and instead focused on dancing, which she enjoyed and really wanted to have a goal around. Her dance goal was to be front and center on stage with both Acro dancing and Modern dancing, two styles that she loved.

And finally we hit her academic goals, and set goals around reading, writing and mathematics.

With every goal that she expressed an interest or passion for, I asked her a series of questions to ensure it meant something to her, and wasn’t just something she felt would make me happy.

As a parent, the role I played in this goal-setting process was the role of a coach. I helped her see what she wanted more clearly, formulate it into achievable, actionable steps and outlined what I could do to help her achieve her goals.

I wanted her to know that her individuality, her choices, her preferences and how she defines success for herself are the things that matter most.

After all, isn’t a parent happiest when their child is happiest?

Bouncing Back From Screw-Ups in Business- A Case Study