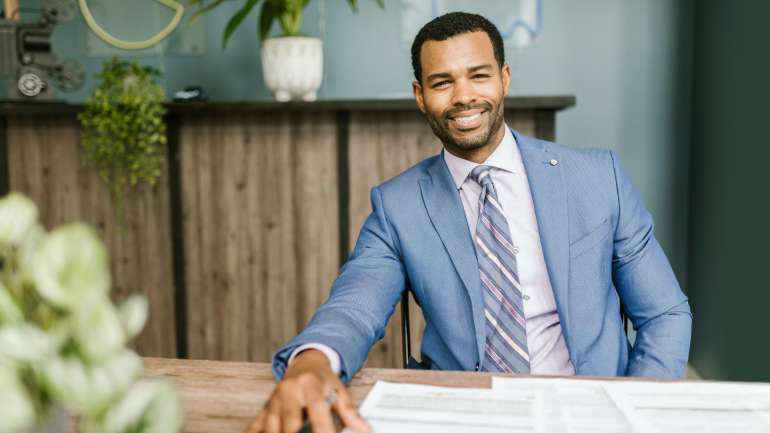 Does Your Role as an Advisor End After a Claim Has Been Settled?

As life insurance advisors, we’re called on field as the most valuable player when a client of ours passes away- to show up with the cheque for the dependents, no matter what. In the lifecycle of serving a client, this is really one of the most crucial moments.

And different advisors have their own philosophy around how they deal with the claims settlement process.

You could either only do what’s required of you by law or you could also follow your moral compass. Doing the bare minimum would mean making sure the dependents receive the money and then exiting the relationship. There’s nothing wrong with that. You kept your word as an advisor and did what was expected of you.

While you wouldn’t be obliged to, here is another way you could settle claims: extend support to the dependents that go beyond the purview of your policies sold and claims settled.

Would you choose to maintain that lifetime relationship, regardless of the fact that the individual that began that relationship with you is no longer there?

Some advisors would think, ‘well, what’s in it for me?’. Let me explain with a case study.

I’ve been serving as Basheer Isa’s financial and life insurance advisor since 2008. Basheer was the sole breadwinner in his family, ensuring that the house mortgage, education bills, and lifestyle of his family, were all taken care of. His initial goal was to put together savings and investment propositions that could help him finance education for his son Fadil and his daughter Hala. Over the course of time, our relationship evolved and Basheer purchased a $1.2 million life insurance policy for himself.

He started to share more about all his other investments and in the last 13 years of our relationship, we got to a point where pretty much 80% of what he had was managed by me. Our conversations were always with him and me; his wife, Amira, rarely joined us in the equation. Amira had been a homemaker for the last 18 years since their first child, Fadil. So, her understanding of finances was not very great and she had no way, unfortunately, of knowing how to manage them.

A couple of months before Basheer passed away, he shared with me a fear – in the event that he passed, his wife and kids would not know how to manage the large chunk of assets that they would receive. And this was a big concern for him.

Fast forward to now, Basheer, unfortunately, passed away last week. In my conversations with Amira, while settling his claims, I learned that she was absolutely clueless about the investments, the assets, and the life insurance. It was as Basheer predicted. She couldn’t believe that she would now receive about $1.75 million in assets through insurance payouts and investment structures, as prior to my meeting with her, she was under the impression that she would have to bear the family’s financial burden all by herself.

My Role as a Sales Agent

My role in sales is to sell. My role as an advisor is to ensure that the claim is settled and Amira receives the money. That’s my responsibility as someone who sold a product, to make sure the product delivers.

If I were a car dealer, it would be my responsibility to make sure that when they purchase the car, it would be in full working running condition, with all the bells and whistles that the person paid for. Beyond that, what happens with the car 5-10 years later is not my concern. An approach like this would make me transactional in that sale. That is the nature of a purchase like that.

But in the life insurance and financial services industry, you are promising to deliver on a proposition or deliver to the family of your client when the client himself is no longer there. If this was a car, I’m essentially delivering the car to my client’s family, not to my client, years after it was actually paid for. That’s what a life insurance policy is. In Basheer’s case, his family would receive a $1.75 million payout from life cover and investments all thanks to a purchase Basheer made in 2013, regardless of whether he was alive or not.

Does my role as a sales agent end over here?

The answer is yes. As a sales agent, my role ends here.

What about the moral compass now? As a consultant who is a proponent of lifetime relationships and lifetime values, where does that responsibility or promise of mine end? Does it just end with me giving them the money? Or should I take into account the fact that Basheer confided in me on how he was unsure of his family’s ability to sustain themselves using the money they receive?

From One Lifetime Relationship to the Next

Since for the last 13 years of my relationship with Basheer, Amira was a non-entity, I have to now bring Amira up to speed on those 13 years of conversations. The last thing we want to happen is that the money she receives gets depleted because of a lack of clear and proper advice. So, my role today as a consultant is to ensure that she understands what Basheer’s intentions with the money were, and how she can use that money to provide her a regular income to sustain the family life long without the need for her to begin any form of work or career.

I may have no financial gain from doing this job. At the end of it all, she might decide that she’s going to move back to the UK or to another country or keep the money as cash in a bank or even invest it with a banker or another financial advisor.

This brings me to the earlier question most advisors would ask, ‘then what’s in it for me?’

The moral and ethical gains.

The release I get out of ensuring that Basheer’s wishes are taken care of- not just by the settlement of a life insurance payout, or policy sold by me. I know for sure what I’m going to get is a phenomenal release of having the clarity that I’ve done the right job for the individual without maybe even any financial gain.

The bigger questions that now face Basheer’s family are:

The job I’m trying to do over here is to educate and ensure that she is in a position to manage hers, her son Fadil’s, as well as her daughter Hala’s expenses using the capital that Basheer created over the years. My goal is to ensure that the lifetime relationship that began with Basheer in 2008, continues to be lifetime, bleeding into new relationships.

Given the fact that in most cases the spouses may not have been privy to the conversation and intentions of the policyholder, where do your responsibilities as an advisor stop?

What If I Die Before You: Transactional Vs. Life-Long Client Relationships