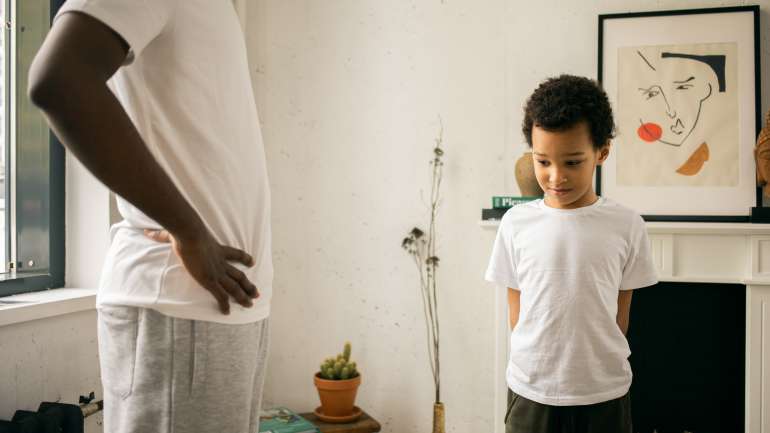 I’ll give you an example with my daughter, Leiah.

She is a very tough personality. She’s got a strong mind and she chooses to do things in her manner rather than what her parents think is right. Leiah, like her mother, is a creative person. She’s into arts and crafts, painting, drawing, aesthetics, and I feel just by default of being that kind of person, she is also somebody that enjoys being up later at night and waking up later in the morning.

The thing I’m trying to drive home with her is consistency and keeping her word. For instance, we had a deal that she would only get a puppy if she would guarantee that she would take care of the dog. This would involve waking up early every morning, to take the dog out for a walk at 6:00 AM and once in the evening too. She’d have to take care of grooming the dog and feeding him meals at the appropriate times of the day. She’d have to promise to look after that puppy as one of her own.

After eventually bringing in the puppy, what I see happening right now is that she hasn’t kept to her word. She doesn’t look after the dog like she said she would. She does it sometimes and sometimes she doesn’t. She even goes on for a whole week without doing it. But in the grand scheme of things, if I look at it from a bird’s eye view, I can honestly say she gets it right over 60 -75% of the time.

I was losing my temper with her for not having done this as per word every single day. But the reality is, if you think about us as adults, whether we’re working in companies as an employee or a business owner, as a parent, as a spouse, as a partner, or as a team member in a game or an event, how many times do we actually do what we said we would? We would do so 60-75% of the time. There are so many instances where the majority of the masses unfortunately will not be doing what they committed to do. It made me question things.

The reason I’m being so hard on her today is that I’m thinking of building her up for the future. What I failed to see was that she was getting it right about 70% of the time. And that’s huge for a child who’s 10 years old. So, the learning I got from this is I need to stop, pause and take a step back. While I’m very keen on ensuring that she grows up with the right morals and value systems and that she is someone who keeps a word, I also need to bear in mind that the way she is being is already better than the majority of the people. It may be time to stop being so hard on the children.

As a parent, I am who I am today, after being on this planet for 43 years, and 42 years of making mistakes. But as a child, she has been around for a period of 10 years and the mistakes she’s made in her life right now aren’t the big ones that can teach her life lessons.

So, while I’m hoping like hell that she can learn from my life lessons, the reality of the matter is, it’s unlikely. Because my life lessons and mistakes I have made in life have not impacted her negatively so far. There’s a popular saying that goes like, ‘you don’t have to fall for yourself to learn a lesson, you can learn from other’s mistakes.’ But what we fail to see is that the impact of a lesson is so much more solid and long-lasting if it’s experienced by the person themself.

If you’ve been struggling with taking a step back from parenting your kids, know that there is only so much you can do to ensure their wellbeing and success. Them choosing to listen to you is their choice. And eventually, they will reach their destination, whether it is through your upbringing or from the mistakes they make.

Are You Setting Yourself Up for Transformative Growth?

Establishing Trust, Losing It, and Starting Over