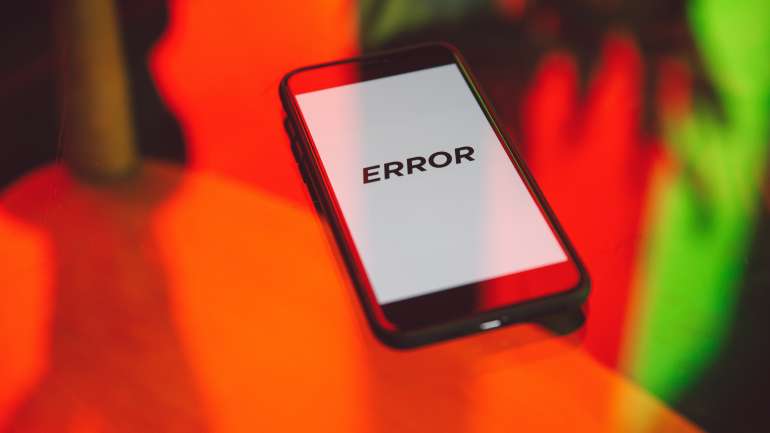 Bouncing Back From Screw-Ups in Business- A Case Study

I believe there is always room, especially when humans are involved, for some level of errors to take place. Now the reality of the matter is, in the real world it’s unlikely that you’ll be able to go through life without screwing up. I’ve been in the life insurance and financial services business for the last 21 years and of course, there are some oversights that take place. The question is, how quickly can you pick up from it and how quickly can you ensure that this is not only of least inconvenience to the client but also ensure that this is not a mistake which is repeated again?

If I were to actually quote a client of mine, when he was asked why he dealt with me years ago, his response was, “to be honest, I know Rickson is going to eventually screw up at some point. But I also know that he is the kind of guy who will constantly be there to ensure that the screw up is taken care of and won’t just run away from it.” This was a huge acknowledgement from the client towards our services and what we’re able to provide. Recently, I was faced with a situation where I was put to test on this very acknowledgement.

As a service provider, I think it’s important that this case study be heard as the learning from this is huge.

Iqbal (name changed for anonymity), a client of mine, is an individual who is in his early fifties. While he runs a very successful business that profits between $1 million – $1.5 million a year, Iqbal was never someone who was very on the ball, as far as technology was concerned. In the past, when we’ve had conversations in his office, he’s even offered me his laptop to take a look at his emails and log into his various portals for his insurance companies and financial services. Technology has been overwhelming for him, and I totally understand that, given that he is at the top end of the Generation X demographic. I know that even for myself, as a 43-year-old (at the time of writing this article), about 10 years ago this would overwhelm me too. So, I totally have sympathy for somebody who’s in that space. Having said that, in today’s day and age, it’s unlikely that you can run a business without involving tech in any form or way.

Unfortunately, he ended up being a victim of a phishing attack, where his emails were intercepted such that the hackers had access to all of his incoming and outgoing emails. This may have been the result of him or one of his team members having unknowingly clicked on a link. Needless to say, the hackers saw an opportunity to strike when there was a large sum of money that Iqbal needed to wire across to an insurance company- roughly to the tune of about $500,000. All they did was intercept that email, use a phishing email address that looked similar to that of the brokerage firm involved, and just changed the bank details to their receiving bank. Oblivious to this, Iqbal unknowingly wired the money to this fictitious account in the US.

From Panic to Problem Solving

I got to know about this while I was on my first break after 17 months of not having travelled. Usually, I postpone all work-related communication until I’m back from my holiday, with the exception of serious issues. And this was one of them.

Iqbal reached out to me with a complaint about how my team was emailing him too much. While I knew that this was not the nature of my team, I reached out to my team members instantly to find out what all the emails were about. They informed me that they hadn’t sent him emails. I instantly got him on the call and asked him to forward the emails that he had received. And I was not too happy to spot the fact that they were from a fraudulent email address that looked very similar to mine, with an added extra letter in the email address.

My instant reaction was that of panic. To digest the fact that Iqbal would have possibly lost his entire life savings on our watch was a tough pill to swallow, regardless of whether the error was caused by us or not.

However, in about 5 to 7 minutes of hearing the news and having my fair share of reactions, I got into problem-solving mode. I instantly reached out to all the resources we had created over the last 21 years that came from absolute relationship building.

Bouncing Back from the Screw-Up

I had Iqbal contact his bank and ask them to recall the wired money back to his account. He came over to my house at 8:00 pm on the same day, and together we reported the fraud to the FBI, the Dubai Cyber Crime Department and to the CID. We also then continued to report this to the insurance company concerned, who then instantly got in touch with the said bank in the US and managed to place that rightful complaint. I basically got down to sit with the client and ensure that every single one of these bases was covered.

This is the first time in my 21+ years of experience as a life insurance advisor to have not only been a stakeholder in fraudulent activity of this level but also to have been able to bounce back from it in a matter of a few days.

We were able to receive all of the money within four days of the phishing attack. We were also told by Iqbal’s banks that if we had initiated the retrieval process four hours later, the money would’ve been unreachable.

I’m aware that some companies actually make it part of their protocol to intentionally screw up so they can prove to their client their resilience as service providers so as to gain trust. I don’t think this may be the most appropriate way to go about it, simply because you know what the screw up is and as a result, you know how to come back from it. In the event of a real emergency, you wouldn’t then know how to react.

If your end goal is to provide exceptional customer service, do it authentically. Act at the right time, and to the best of your capacity. That is all you can do to ensure you’re building a sustainable business through loyal clientele.

Three Kinds of People that Prep for a Race or for Life- Which One Are You?